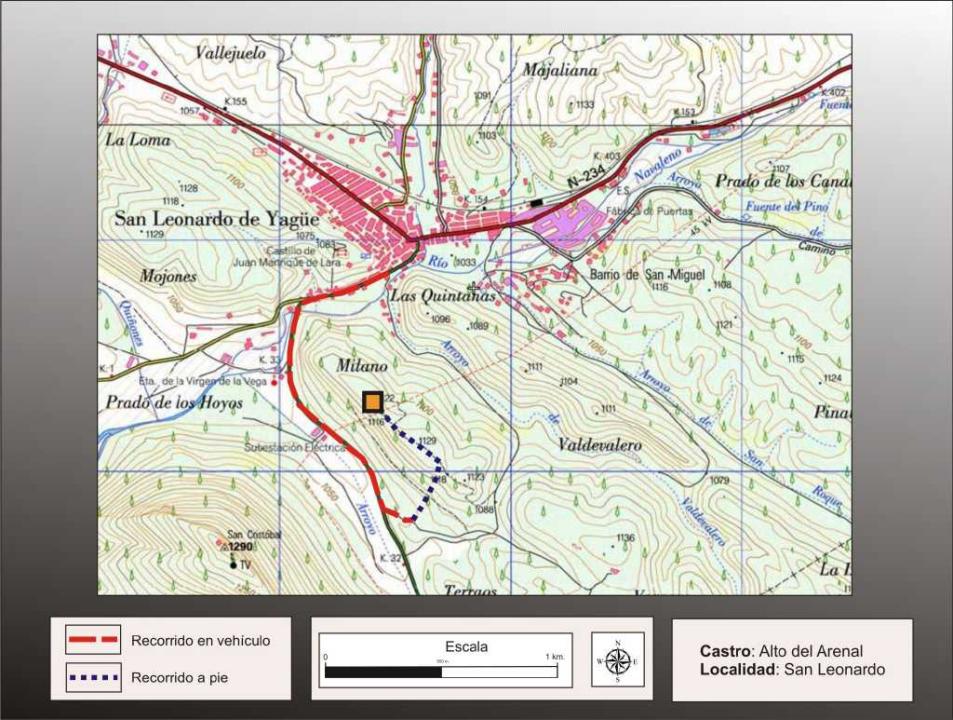 You reach this ancient town from the south of the village, following the path that goes up the stream bed Valdevalero, left bank, runs about 1000m you should turn almost at right angles to the right to travel, almost 1 km, by a small valley until you get to the top of the hill and find the fort at the end of relive.

Was examined and released by Fernando Romero Carnicero (1991) in his work on the forts of the Iron Age North of the province of Soria.

This small hill, located near San Leonardo, in a place called Valdevalero, formerly known as "Cuesta Wheat", is protected on three sides by steep slopes to the creek Valdevalero, stream and river Belorto Navaleno.

This is a long summit ridge, oriented east to west, whose peak reaches 1,128 meters above sea level. The location, height outstanding, has the optimum conditions for its defense and control of their environment.

Its good natural defenses, in Ram, were enhanced by a fortress of some 21,185 meters square. The east flank, which was the most vulnerable, was protected with a bulky wall, strengthened by a tower in the southeast, which has now been reduced to a great mound of rounded top, partly wooded with pines and scrub it that has disfigured the fort.

To complement its defenses ahead of the wall, a moat was dug and prepared a small strip of bowing stones.

Inside were documented stays home runs of stone and adobe screed, which contributed ceramics, handmade and wheel, and other materials, which helps to put this town from ancient times to the most recent time (s. V-III BC) celtibérica culture.

The signposted path has explcativo panel and access is free. 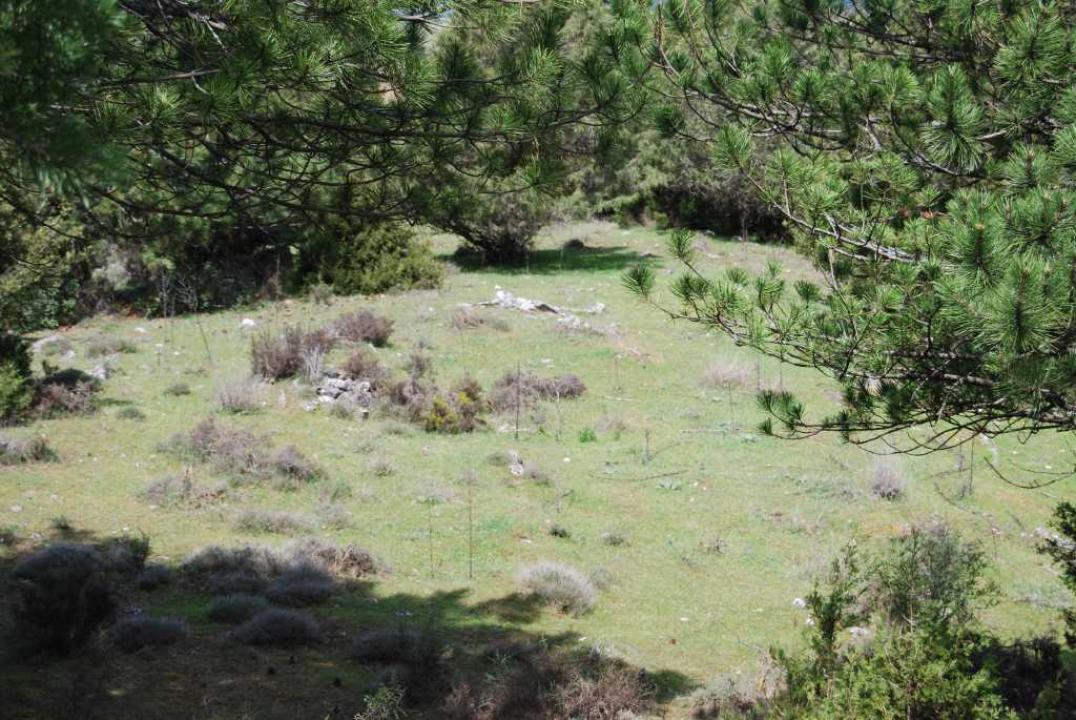 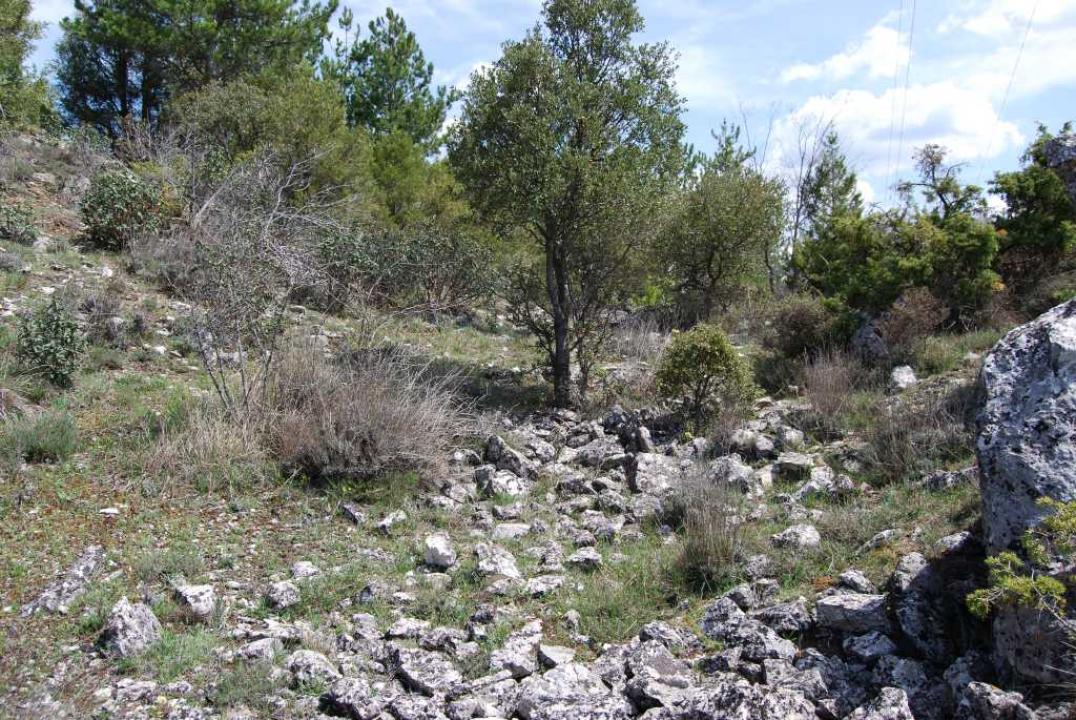 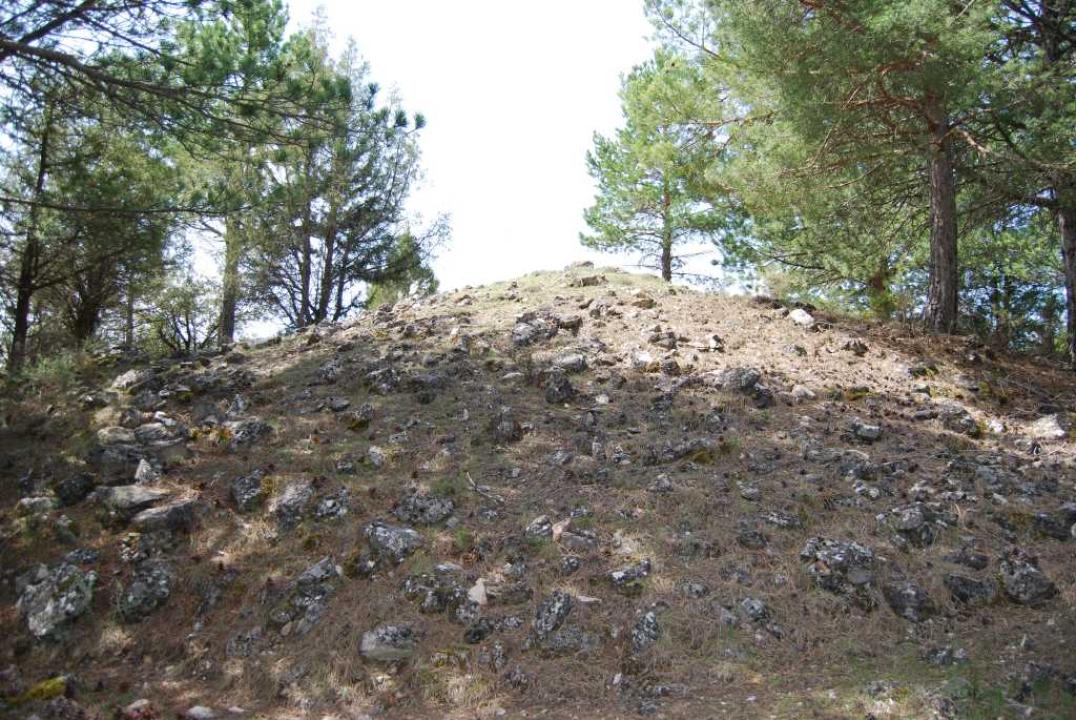 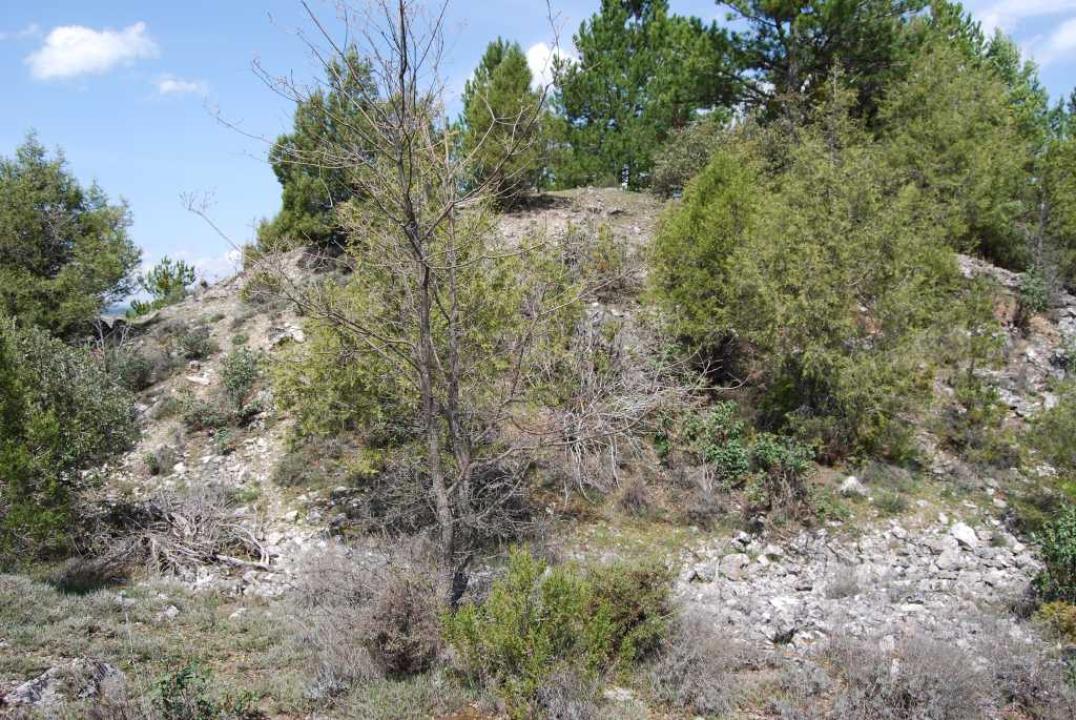 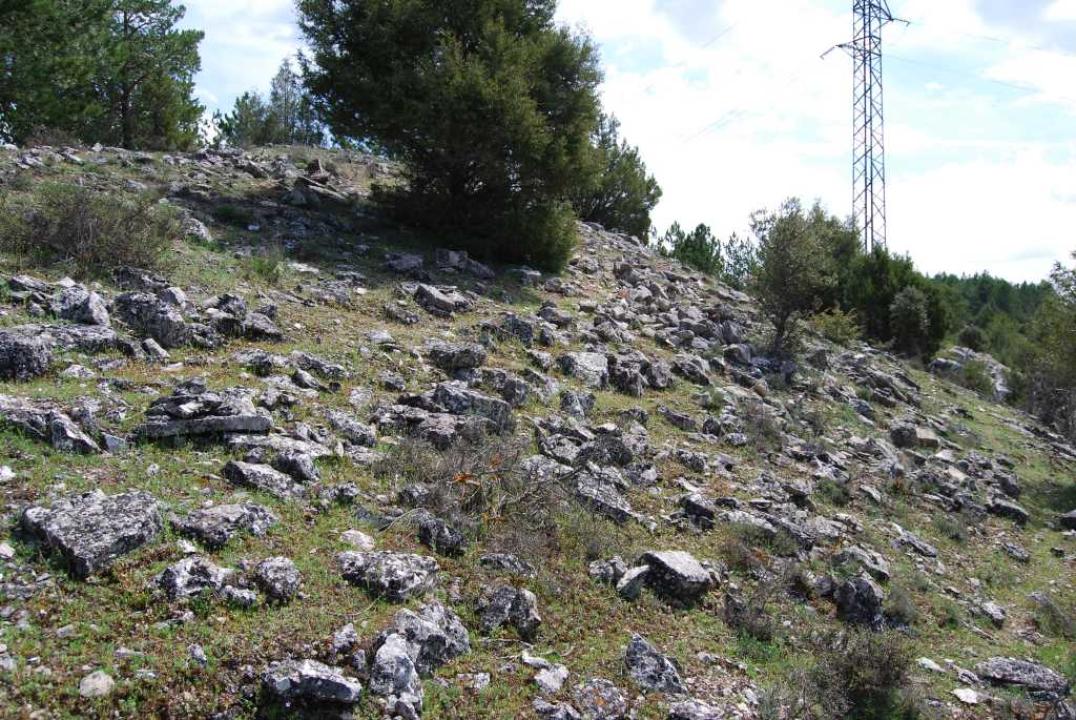 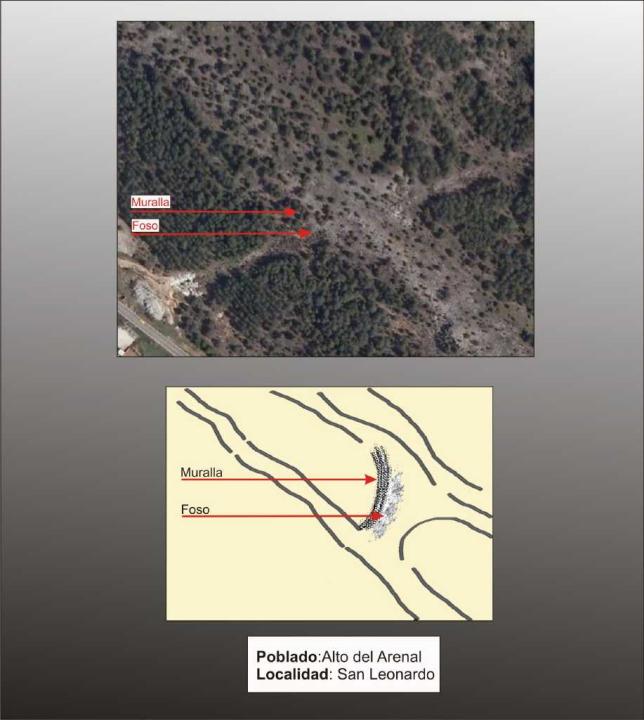