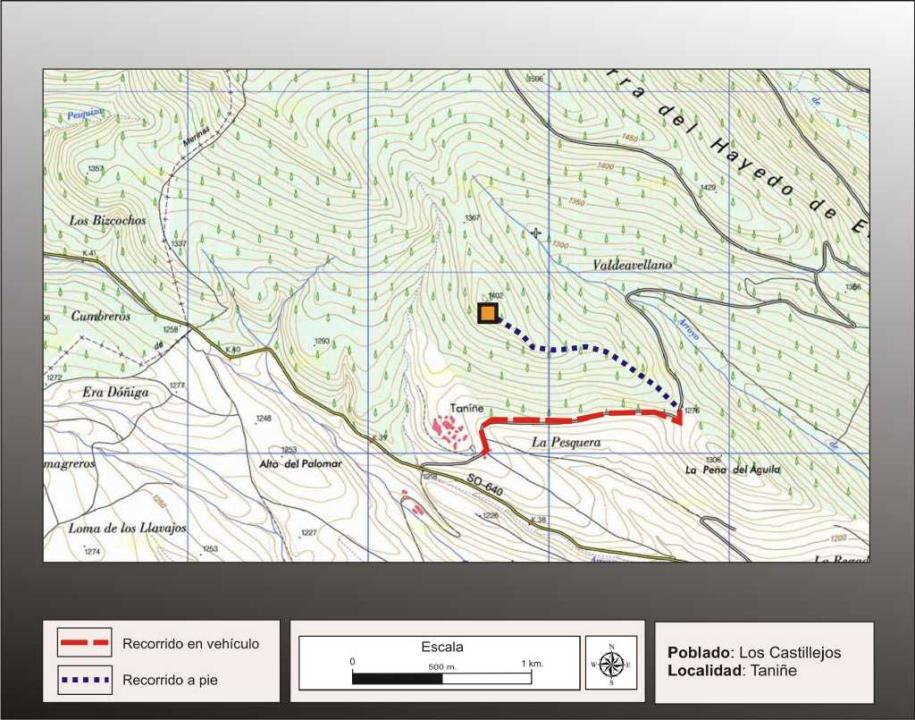 Starting from the village of tannins, leaving the forest track that leads to Buimanco, and after about 1.200m, in a sharp bend to the left, leaving the car, from here you take a path that rises to the fort, After traveling approximately 1500m.

This fort sits on the southernmost ridge of James Beech. It is the highest inhabited area, 1,402 m. Dominates a large area of river basin Linares and Cidacos River.

The area of the town has steep slope to the west, taking in this flank a rocky ledge that serves as a natural defense. Its perimeter encloses an area of about 3.000m2.

The excavation, carried out by B. Taracena, provided the definition of a wall for three of the four sides, as the room is well protected naturally. Northwest, the side vulnerability, completed the defense with a kneeling stone stretch from approximately 13 m wide and protruding 40 cm soil.

The excavation allowed us to distinguish fairly large rectangular rooms, walls made of masonry. Pottery is predominantly done by hand, indicating a timeline for this fort from the sixth century BC to IV.

The road is signposted, the lineup has explanatory and access is free. 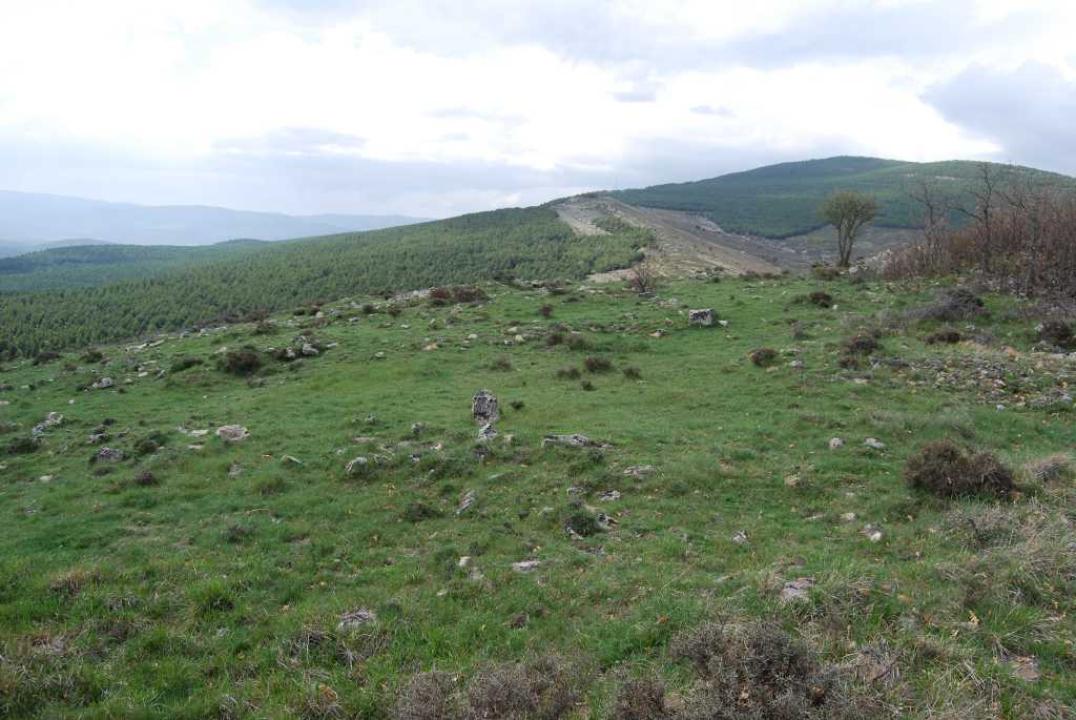 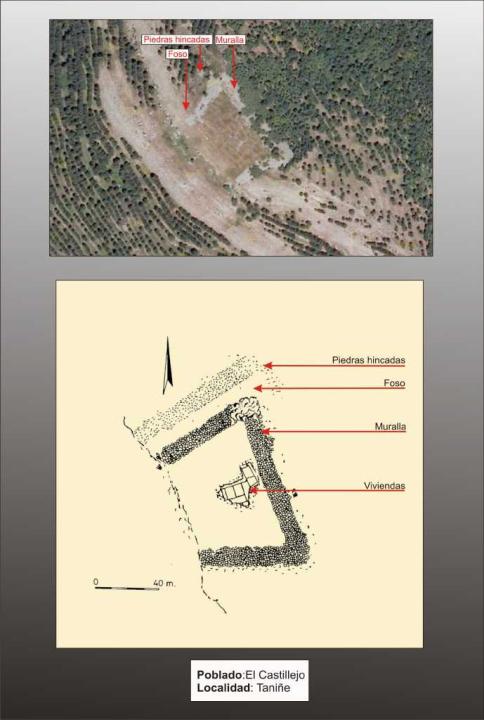 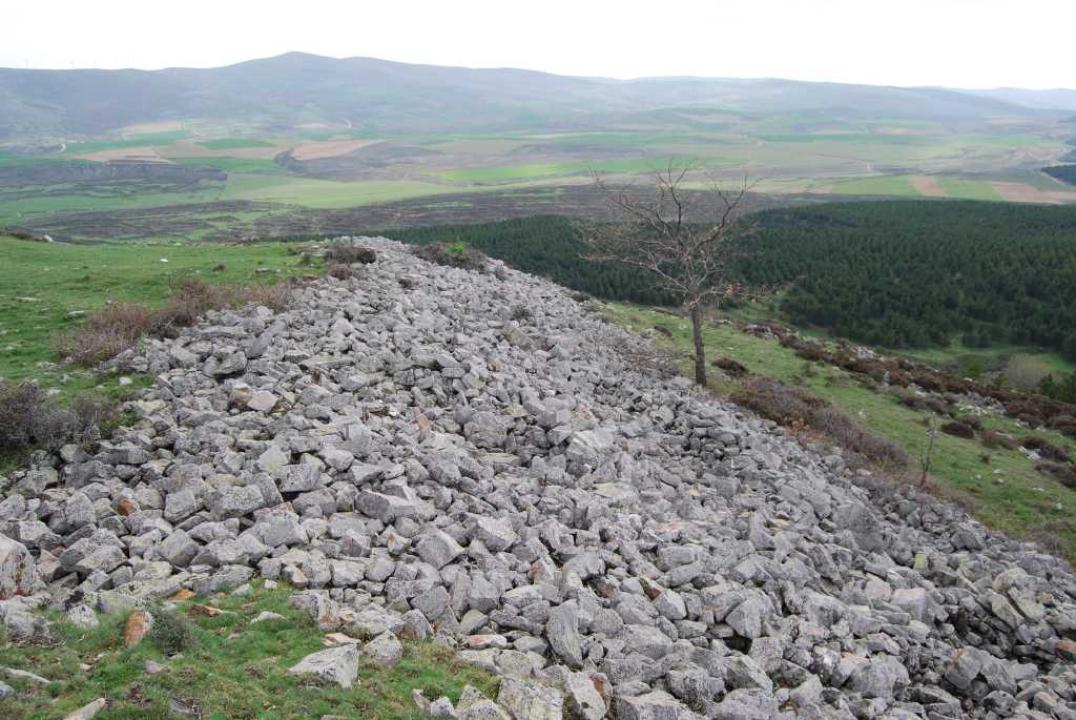 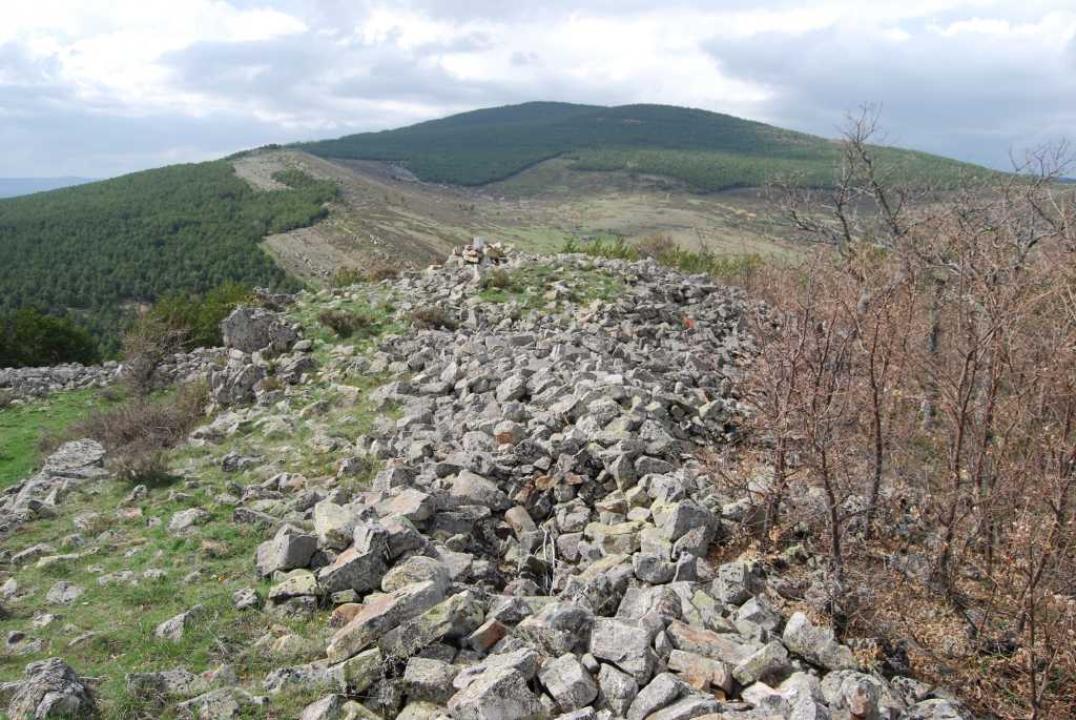 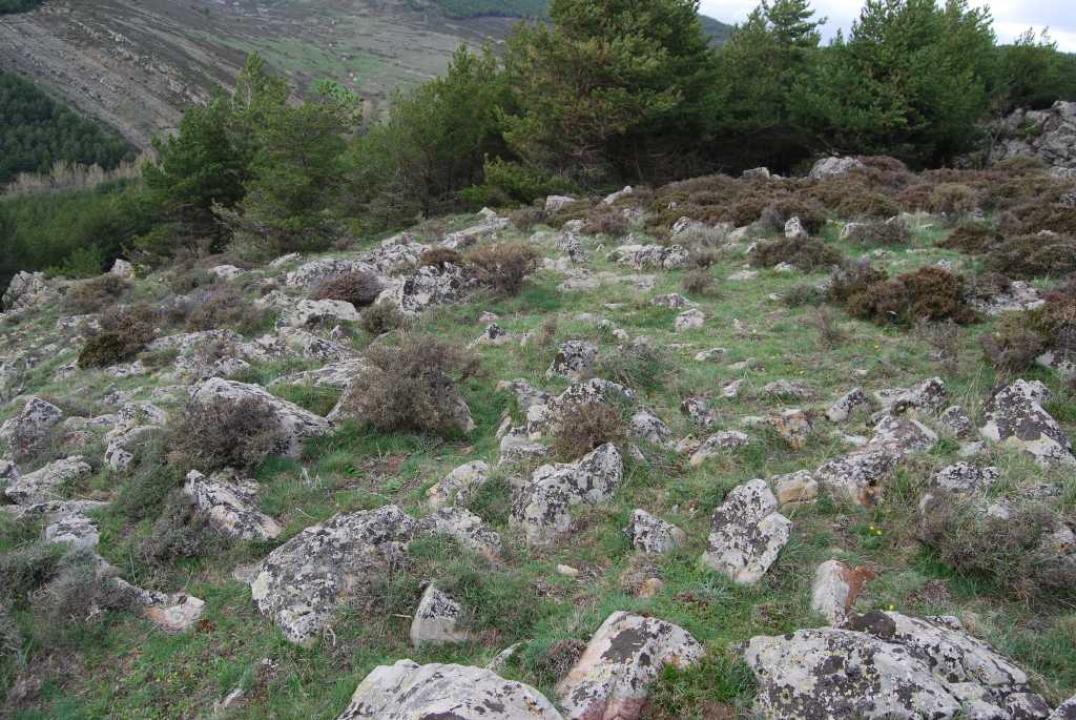 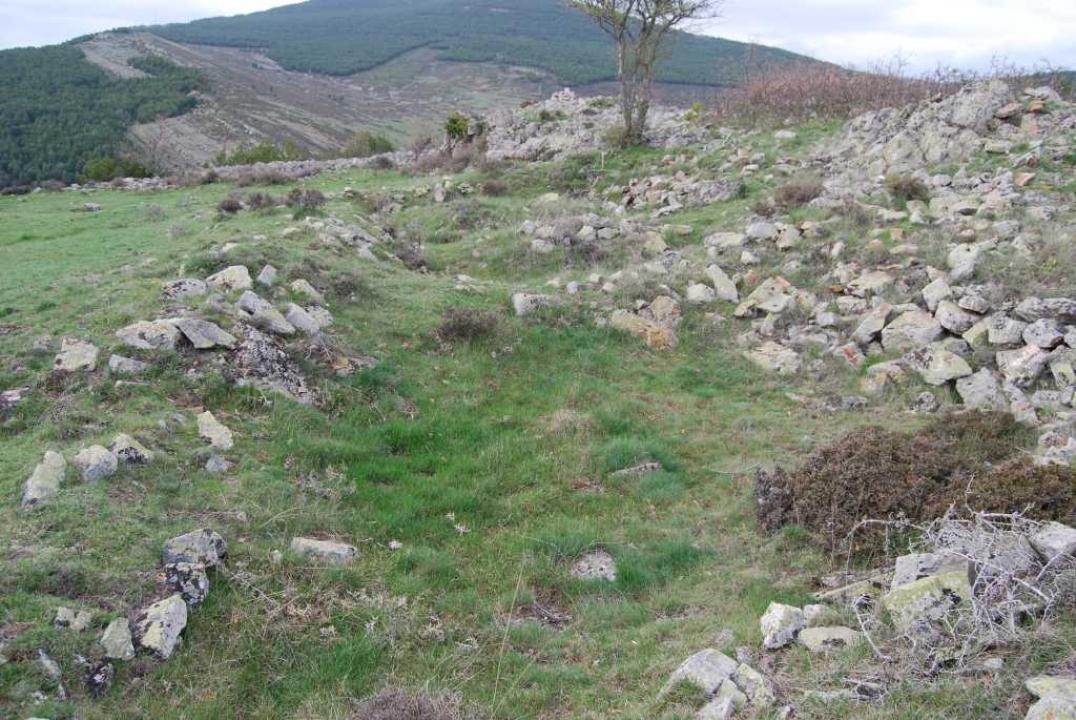 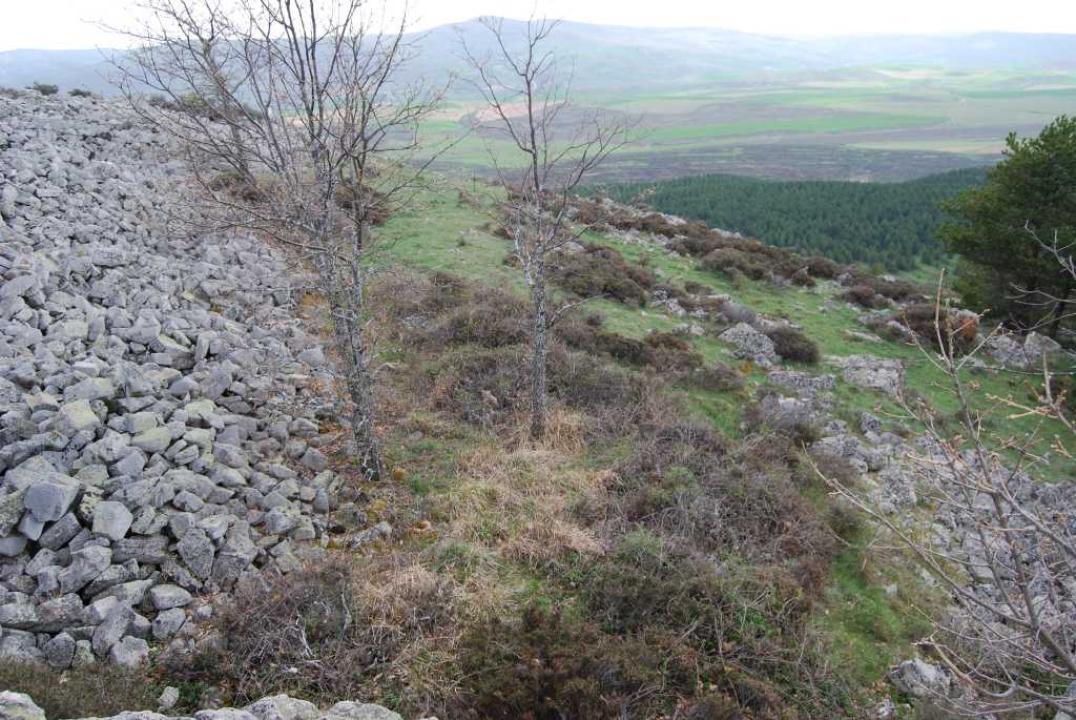 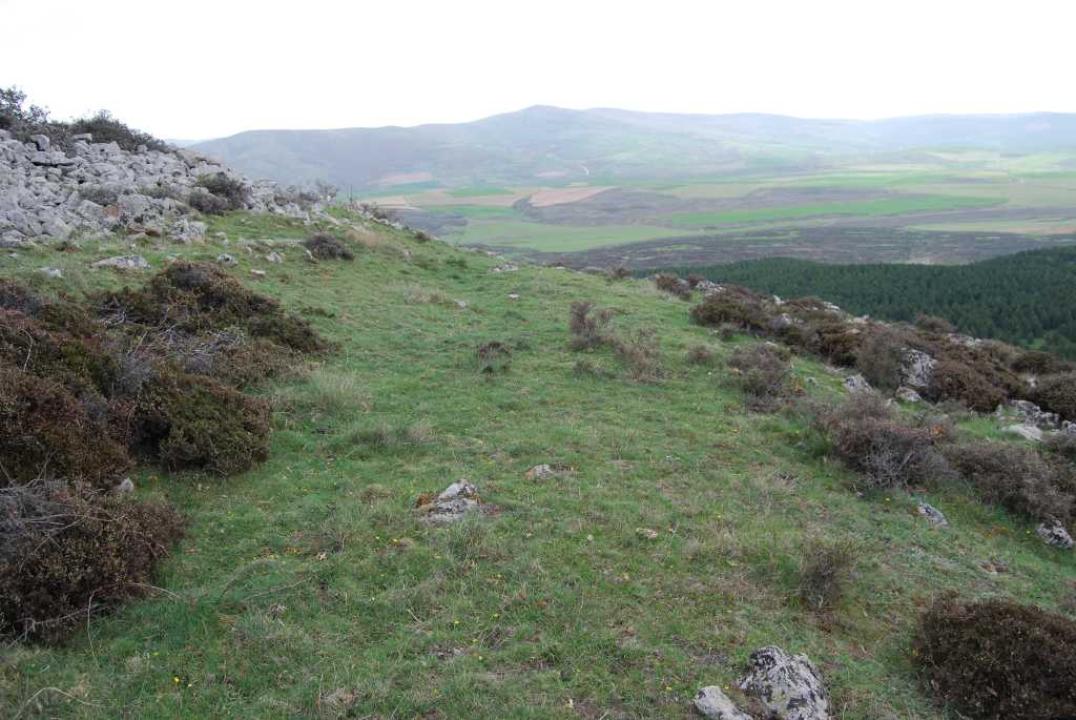 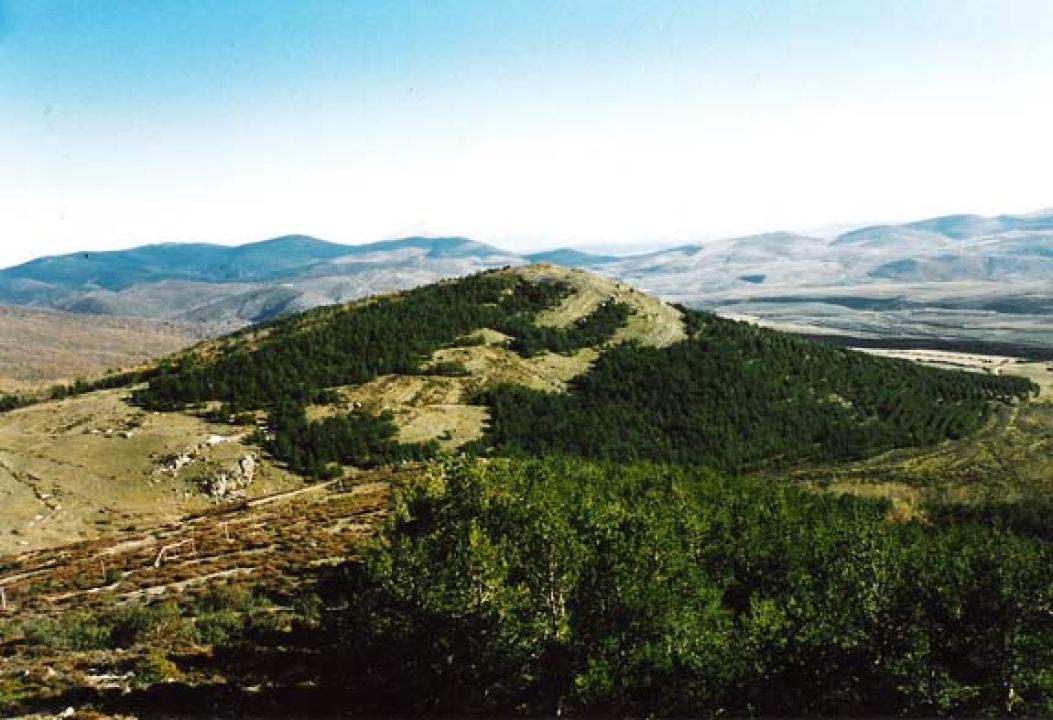 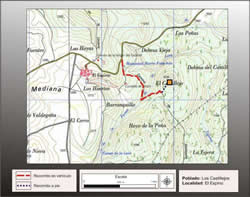 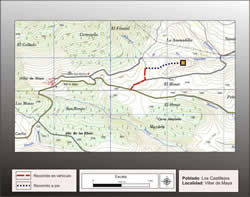