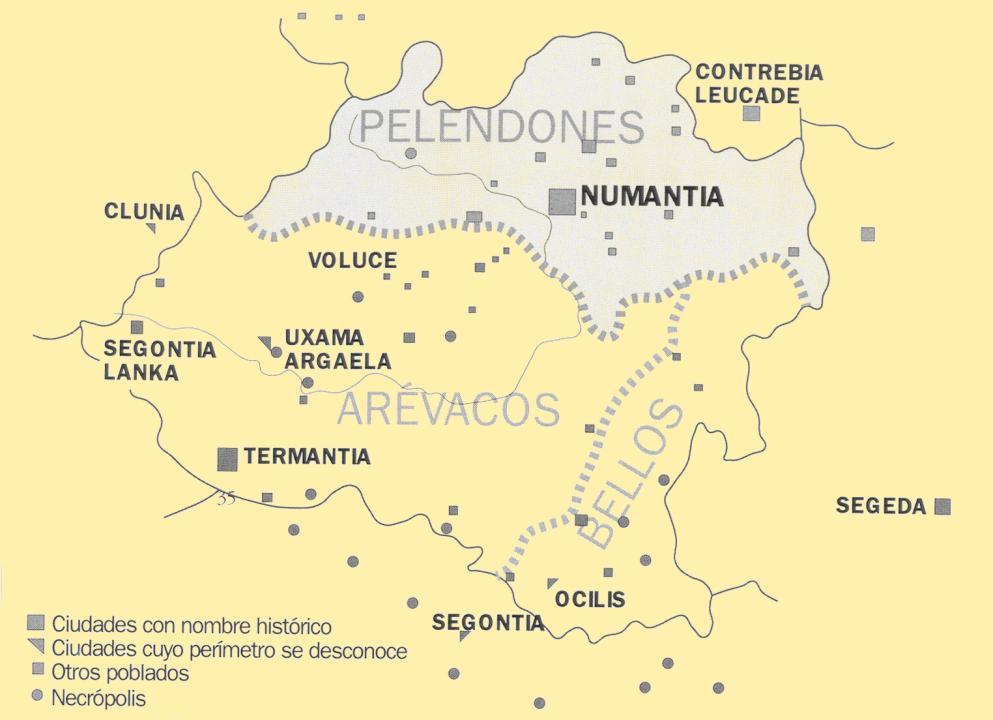 Celtiberia further, would be adjusted significantly to the Upper Douro, with extensions by the flanges of the Iberian central system. Would be characterized by two distinct areas: north, in the foothills of the Sistema Ibérico, villages strategically located and with good natural defenses, enhanced with powerful defensive systems, attributed by the pelendones Taracena. These settlements would build its economy in the use cattle, sheep, goats and cows, with some impact on the game, as indicated by the remains of funa found, perhaps practiced a system transterminance, alternating highlands and valleys of the mountainous Soriana.

south-central area of the province include settlements, related Arévacos offering appreciable differences with the northern forts, as they are located in isolated hills, overlooking the river valleys without artificial defenses visible, so they seem more focused on the farm, associated with cremation cemeteries, unknown in the Iron Age, with numerous tombs, which are arranged in the lowlands of the ri ; you, showing her outfits social differentiation. 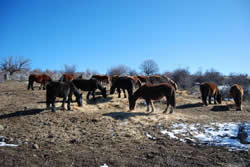