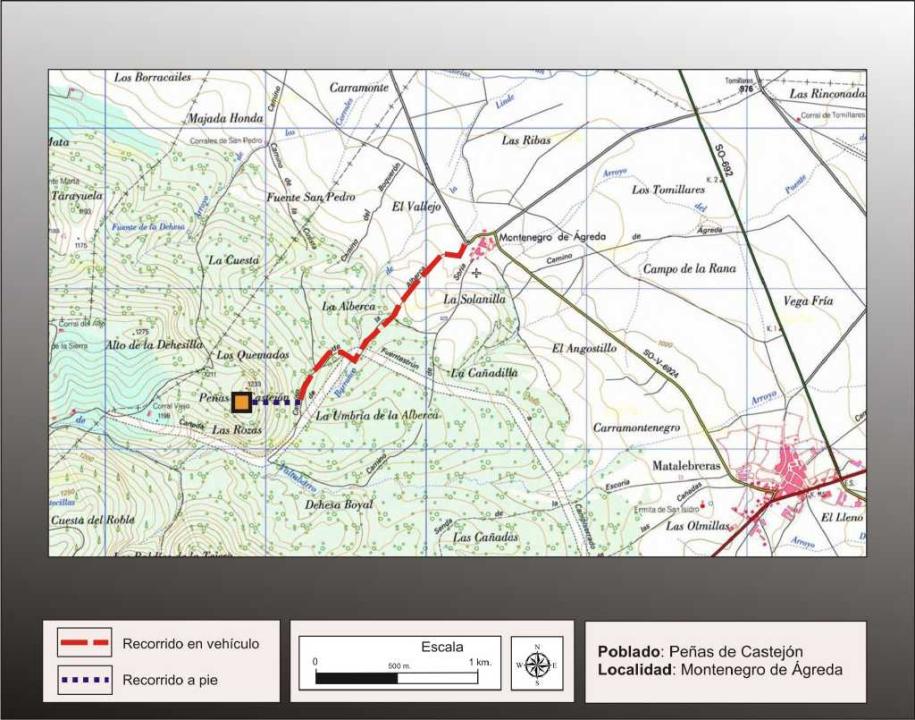 Although this fort is 600 meters in a straight line Trevago, which is where access is easier and faster. The signal to reach it is by Fuentestrun.

You can start from this village, leaving the south to take the path of the mountain on the walk 3.2 km to the Alto de la Dehesilla and when you reach a sharp bend, where it reaches a pine afforestation, with one of the windmills, you continue to walk to the east, about 200m to reach the top of the hill.

It was released by the brothers Joseph and James Lazarus Carrascosa (1980) through an article on the Internet, where news gave different forts found them and picked up later in the archaeological guide on forts made by the company archaeological ARECO (2006)

The village occupies the top of a hill, with a height of 1.238m above sea level, joining the Alto de la Dehesilla, in the northern foothills of the Sierra del Madero. From this fort are displayed Moncayo excellent views of the river valley and Manzano.

This settlement is naturally protected from the north and south, reinforcing its natural defense with powerful wall of west and north sides. Would likely have a door in the central area, as indicated in vain to stop the collapse of the wall in this area.

The top of the hill southeast is occupied by a series of crags and cliffs cut peak, besides being the highest point, were the natural defenses of Castro. From these summits of the cliffs descend more or less smoothly, to the northwest, and this is the landing where you can see where I was going perfectly for the wall that protected the village.

Although it has been suggested more than one line of wall only appears safe one, the first in the amount of debris and heaps of stone that contains, it was quite thick, taking a path in a semicircle more or less regular.

Its outer face was made of stones more or less gross without any kind of styling. At its heart is seen exactly what could be the gateway to the campus itself.

The fort, in its major axis is oriented from northeast to southeast, with a length of about two hundred meters, while its wide, northwest-southeast, is a 180m indoor.

The remains of pottery made by hand, found inside, without some traces of painted pottery around, typical of more recent times, indicating a likely chronology of the VI-IV centuries BC 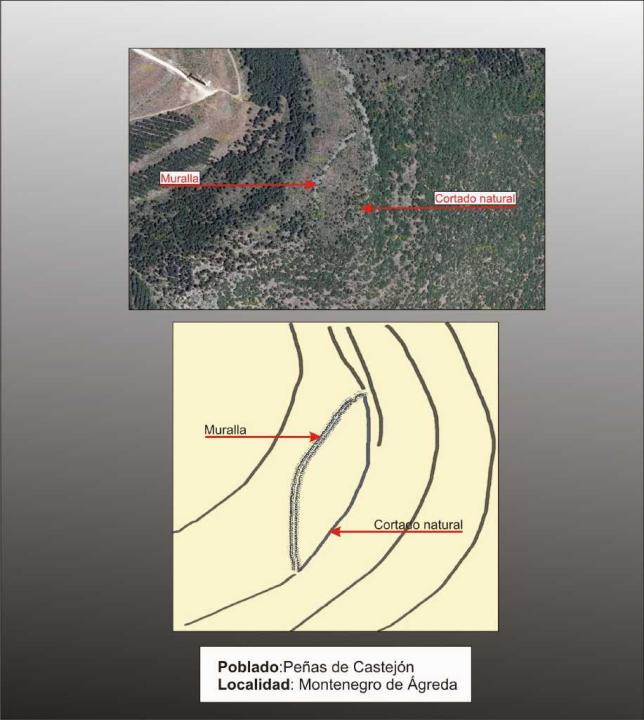 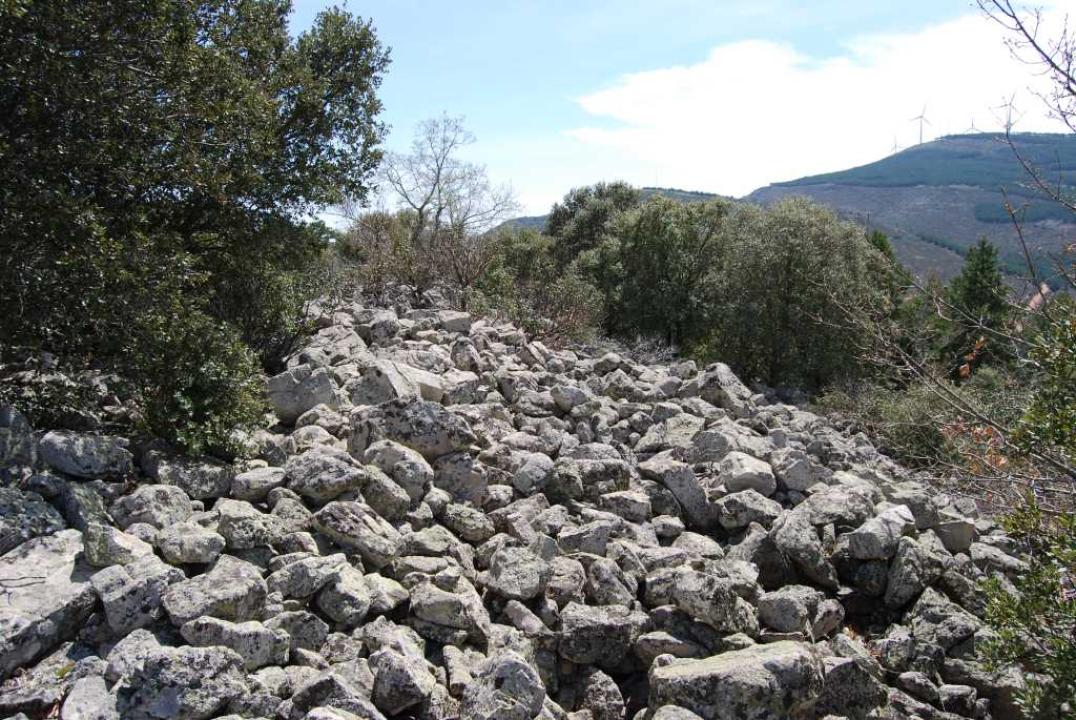 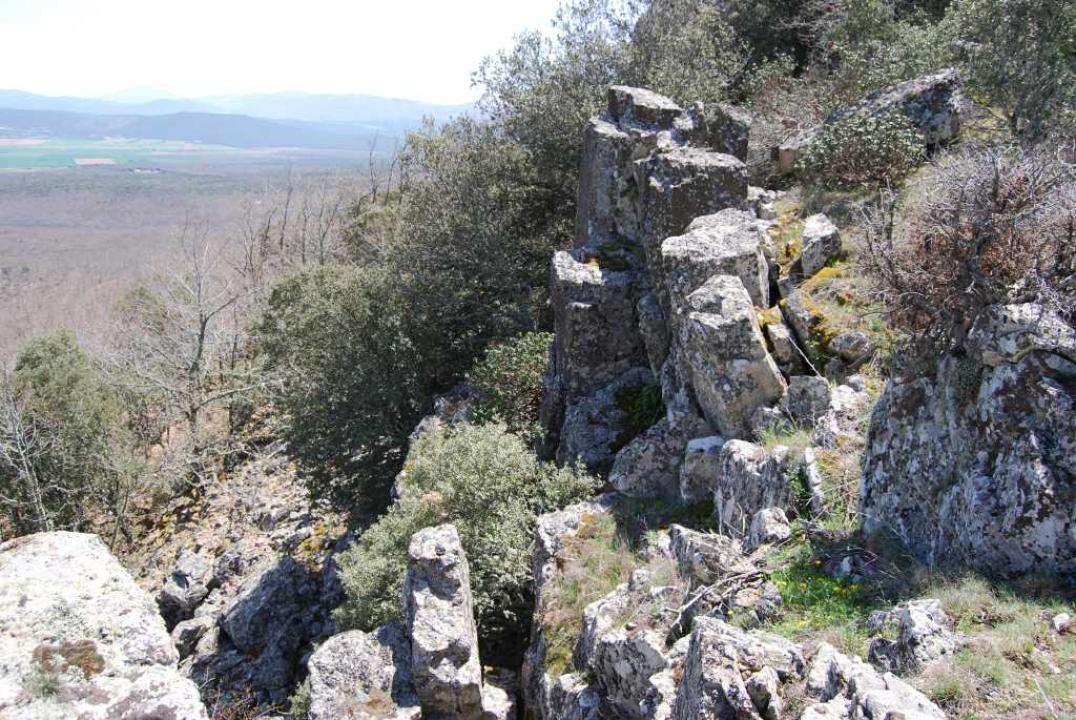 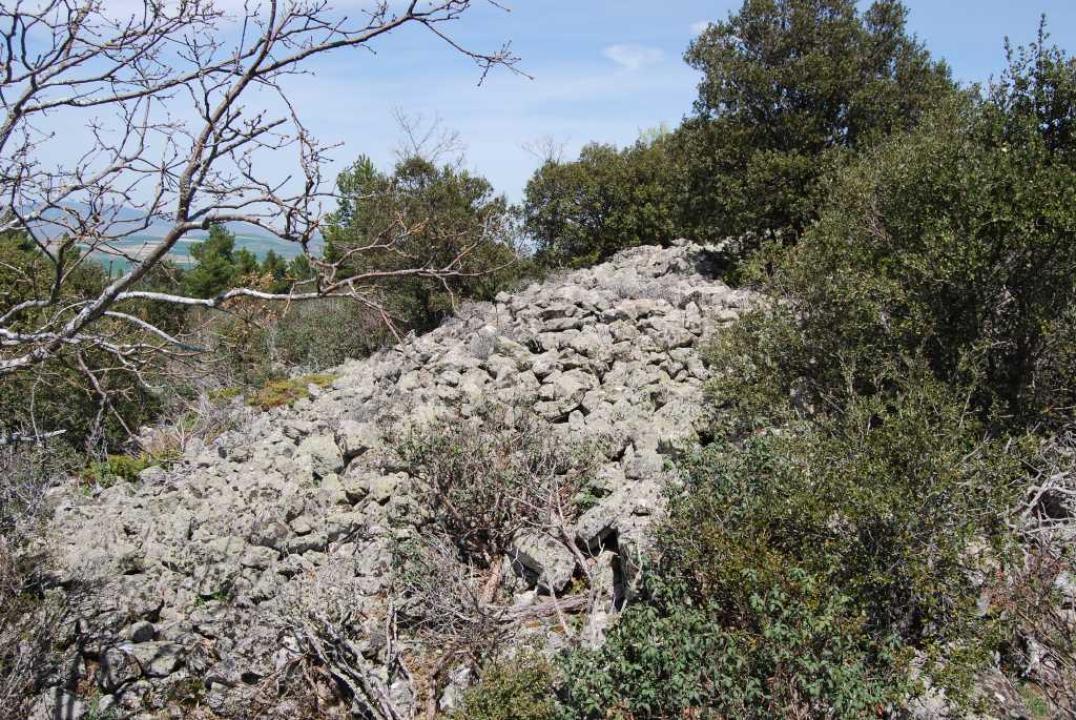 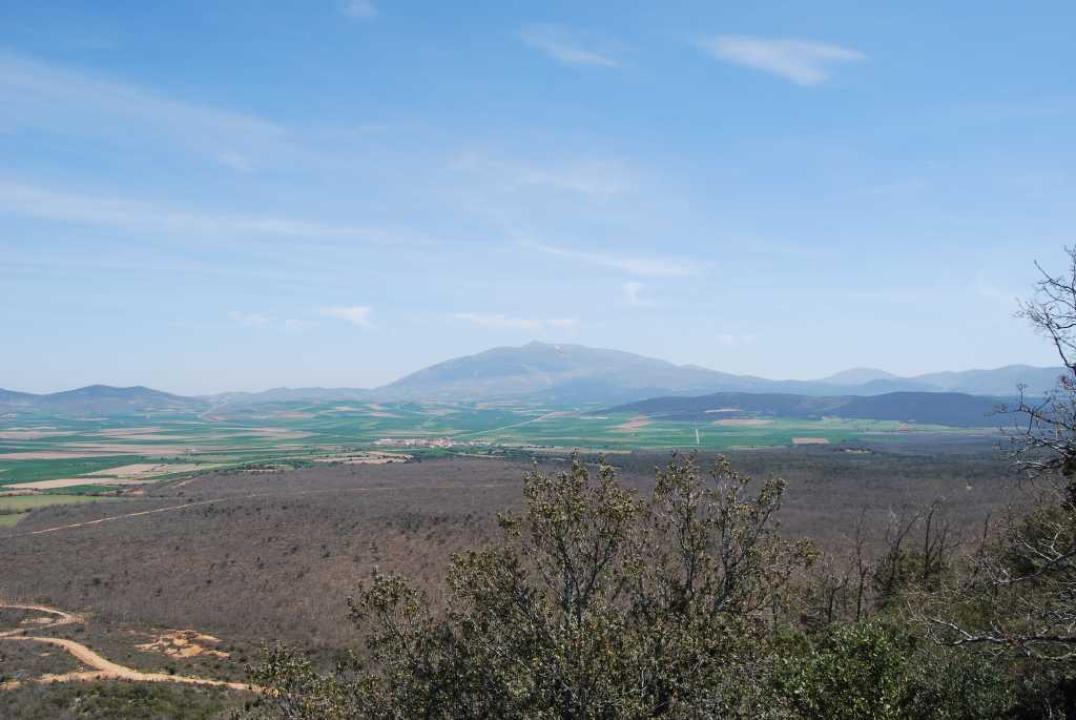 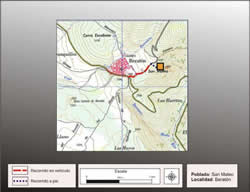