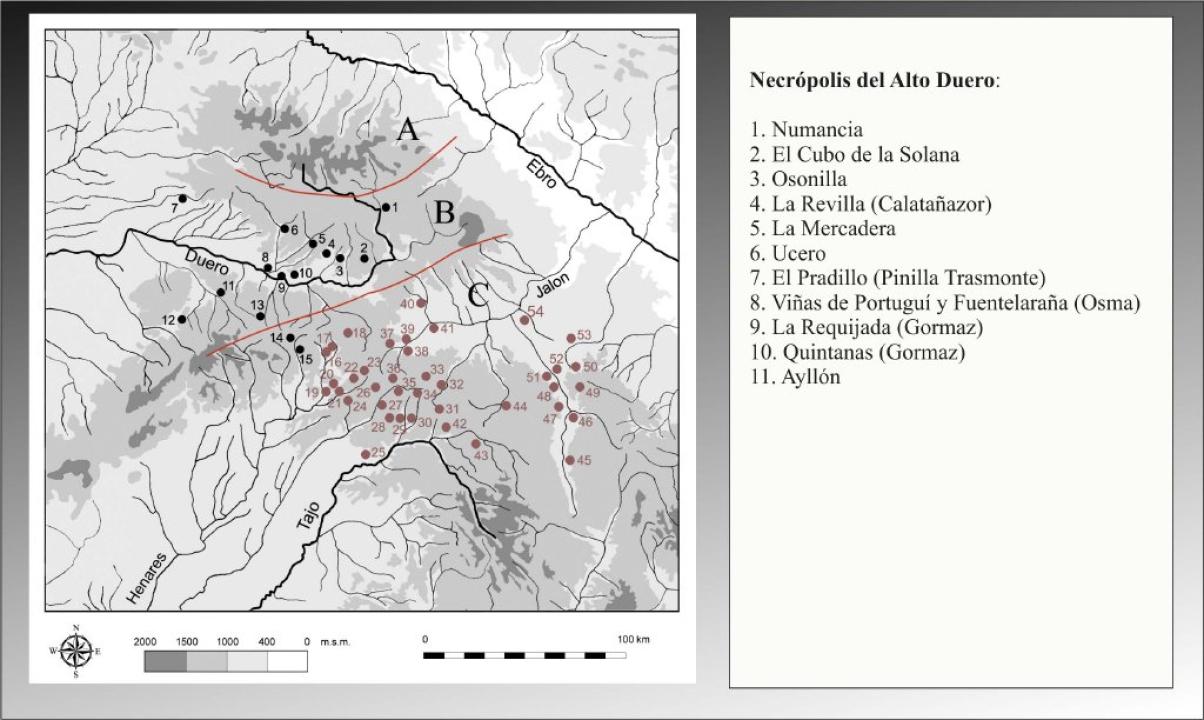 Most of the cemeteries were excavated by Celtiberian Cerralbo Marquis (1909-1916), in the first decades of the twentieth century, in the upper reaches of the Tajo and Jalon, in the province of Guadalajara. Around the same time other scholars, as Morenas de Tejada (1914-1916) carried out excavations in the province of Soria, in the necropolis of Gormaz Quintanas, La Requijada of the Portugui Gormaz and in Osma. Subsequently, Blas Taracena Almaluez excavated the necropolis (1933-1934), Monteagudo of the Vicar and the Merchants (1932). In the eighties T. Ortego (1983) published some of the tombs in the necropolis of Revilla de Calatañazor.

From the eighties were carried out excavations of new cemeteries such as St. Martin de Ucero (19,819), which are known only partially, and the revision of some old, like The Merchant (1990) . Currently it is remarkable the excavation of new ones like Carratiermes-Tiermes (2001), Numancia (2004) and incineration necropolis Oncala providing dates for a final moment of the Bronze Age (2008), which are that now provide better information and more reliable.

Still under study is the recently discovered necropolis Montuenga Aguilar and lament the destruction of a cemetery in term of Cubo de la Solana. 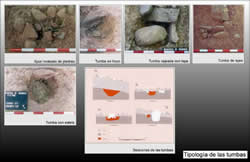 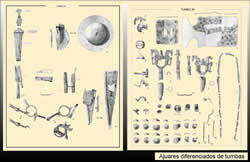